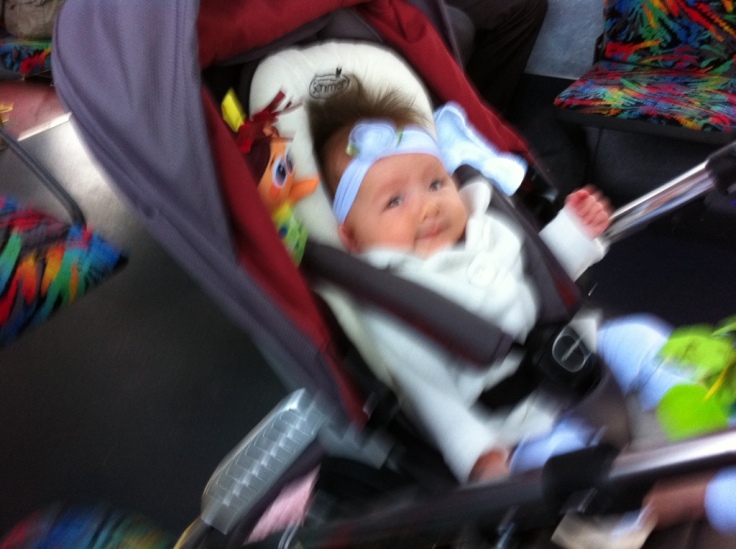 It’s Arddun’s maiden trip on an Action bus, and she seems to be enjoying herself. The car’s in the workshop this morning and I thought I’d be brave and try public transport WITH pram AND nappy bag AND everything else in between. So far, so good…

VERDICT:
I’d do it again. It was relatively painless and I loved not having to waste money or braincells over parking. Plus, Arddun was cool with it until she had to go under the rain cover.