So I think I’d mentioned at some time or another about building our new home. And man, has that been a protracted process!

Lots of hurrying up to wait, especially on tradies who say that they will get back to you… only not to. Lots of well-meaning advice on striking out on our own to get the best deals, only to discover later down the track that the best deals were under our noses… Changes of heart, changes of convictions, more waiting, getting stalled by council approvals…

For ages, we would drive past our sloping block of land and watch as the grass grew. A stack of time later, we noticed a small pile of dirt on the side. Then a pile of bricks with the builder’s signage. And still the grass grew. A former colleague told me that his neighbours down the street — who might be Indian, he wasn’t quite sure — would regularly picnic on their vacant block of land. Like, the whole jin gang just sitting on their dirt, surveying their land, and having a feed while they’re at it.

I had been working myself up to such an endeavour when finally, the first digger landed on our block and Started Proper Work! 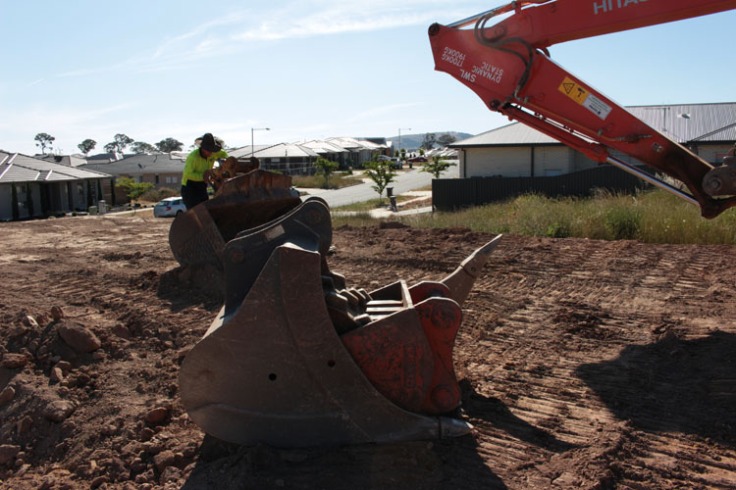