For Arddun’s first birthday, I had bought her a toy garage – with the ramps and the car wash and parking and the petrol station. A couple years later, Tony handed her a small box of his childhood treasures – cars, buses, trucks, and even a wooden cowboy gun.

She plays with Tony’s toys still, and Atticus loves them literally to pieces. But then one day, he came across the toy garage and it was like a light came on inside him. Ah hah, he seemed to think as he put two and two together.

For the past 2 days, he would retreat into the library or the rumpus room and play with the garage and the cars for at least half an hour on his own. He is smitten. 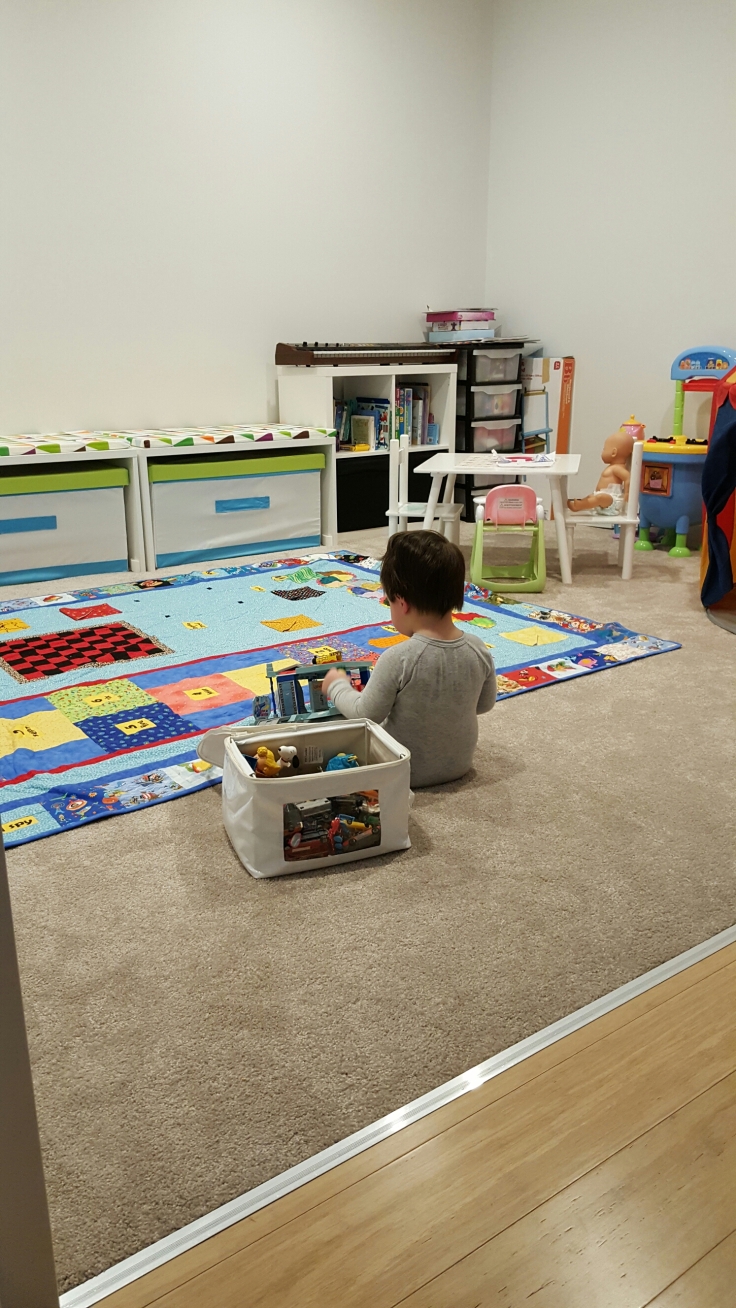